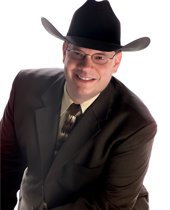 Principle Broker and CEO of Hoosier Brokers, INC., Wade has nearly 25 years of experience in Columbus. Wade is married with 3 children. He was born and raised in Columbus, Indiana. He owned a Noble Romans Pizza franchise from 1987 to 1990. After that, he managed Grops Fish Strouh from 1990 to 1994. He has been a million dollar producer in Real Estate since 1994. In 1998, he became part owner of Coldwell Banker SCR of Columbus and held that title until 2003. In 2004, he decided to step out on his own and opened Team Advantage GMAC on Washington Street. Later, GMAC merged into Real Living in 2009. In 2016, Wade's team took on the new name of Hoosier Brokers. Wade is a graduate from the Indiana Association of Realtors Leadership Academy.

Wade is an Advanced CDPE (Certified Distressed Property Expert). He has a 90% success rate in saving homes from foreclosure through the Short Sale process. 1 in 6 Americans is struggling with their mortgage, and Wade is determined to help as many of those people as possible. He has gone through extensive training to educate himself on successfully closing troubled sales. If you or someone you know needs help, have them contact Wade. He can help.

We have been working with Wade in looking for a home. He has given us excellent advice in all areas of home buying. We would highly recommend this man as he is knowledgeable in his profession. He takes the stress out of home buying, and is a pleasure to work with

Wade was very responsive in answering questions on the property he showed me! I am very greatful to have had the great experience of purschasing my home! He truly made it a very effortless experience on my part! Not only that but property managing a rental I own! He is very wonderful at everything he has done for me!! I am truly greatful for his professionalism! Thank you so much Wade Myers !!

Regina B., Columbus, IN

Wade was a pleasure to work with. Wade suggested a starting price that was about spot on against the comparable houses in the area. I was located in a nice well developed community which had a house very comparable to mine get listed just down the street. Wade said that the other house was reaching and trying to ride the housing market. Wade kept me honest on my price instead of getting greedy to match the neighbors listing. I had 39 potential buyers walk through the house during the open house. There was enough interest that I agreed an offer in the first week that my house was on the market very close to my asking price . The house down the street is still on the market and is continuing to plummet in price and now they are in a situation where they are asking for less than what they originally paid for the house.

Wade went the extra mile to help us sell our home. Thank you for all the assistance!!

Chuck B., Columbus, IN